the State of Art

Considering the idea that you are a magnet to other things in the universe through brain waves can be a frightening thought, especially when you are listening to this idea on an audio book in your car, driving down the highway and hoping that none of the large metal object whizzing past you are attracted to your magnet. However, once you get past the shock of that potential, the Law of Attraction is an invigorating idea and one that surely most people have experienced at some point in their life. 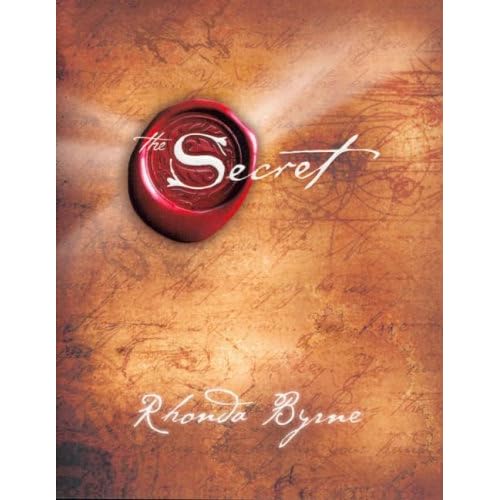 Have you ever thought about a friend you hadn’t seen in a while and then, a couple days later, you see her? Have you prayed for and visualized a increase in wealth to have it come to you soon after? Have you thought about how a personal stressed relationship might be better only to have it ameliorate itself? These occurrences are hard to take as coincidence and happen to most people we know. So, assuming the Law of Attraction (the Secret) is real, what are we supposed to do?

Ask for things you want, be grateful for what you have, and be positive and confident. That is the recipe for success in every aspect of life according to Byrne. It seems simple enough, and very healthy. There are problems in the methodology, however, and many people have trouble feeling positive- they’re comfortable with stress, problems, and trouble. “The Secret” doesn’t address how to get out of that rut besides just wishing it away.

This book, based on the DVD, uses quite a few modern self-help experts, doctors, psychologists, and writers to get the point across: only you decide how your life will unfold. It’s an inspirational work, but there are flaws. With so many qualified contributors and the depth of the subject matter, why is this book limited to short sound bites? Why, if this is a science and a law, is there no science behind the idea (at least described in this book). The answer to both questions is that no one really knows about these phenomenons (if you can call them that) and readers can relate to catchy one-liners in their own way without requiring the author/speaker to explain himself.

There is certainly an immense (perhaps infinite) amount of knowledge to be discovered regarding the energy of the universe, from what particles are made of (Super String Theory), to what the Universe is made of (dark matter, dark energy), to human psychology. “The Secret” is a work that shows how much more there really is to know. However, the book shouldn’t be seen as a scientific manual for how to explain it all. I know the author didn’t intend it to be this way, but perhaps why she named it “The Secret” is because the law is still a secret to the author and contributors too.

It’s a good read despite its flaws and most people would benefit from the concepts Byrne tries to elucidate. I strongly believe in will power and the power of the mind and if this book helps people get to that point, then I commend them wholeheartedly!